Ahead of DVT Awareness Month in March, Louis O’Neill’s parents Stanley and Lesley discuss why it’s so important to them that young people grow up with a love of movement, especially during the third national lockdown.

We came across the Youth Sport Trust and the vital work it does in the summer of 2020, the 25th anniversary of the charity. It was in the middle of school closures and a nation working from home.

We discovered the charity under devastating circumstances. On 3 June 2020, our wonderful young son died. We’re writing this blog to raise awareness of his story and share why we’re so passionate about young people being active.

Louis was a wonderful young man with a good heart. He was an amazing brother, son and stepson. He always wanted to be a teacher, despite struggling at school himself. He had been a natural footballer in his younger years, with a strong left foot. At the age of seven he was spotted by Arsenal and he even played at their academy.

A love of football

He continued his love of football through to adulthood and would amaze us with his vast knowledge about the sport – he could even tell us who played in goal for Outer Mongolia!

Louis moved to St Annes on Sea near Blackpool where, after a false start, he revisited his love of sport by beginning a Foundation Degree at the University of South Wales, based at Blackpool Football Club. He was known there for his dedication and pride in being involved with the Community Trust, with whom he did many hours of volunteering in local schools as part of the Premier League Primary Stars programme. He had found his vocation.

Before following his ambition to train as a teacher he took some time out and got a part time job as a Barista in a coffee shop, allowing him to save up for his move back up to St Annes for his training.

“He started to complain about a pain in his leg”

However, during lockdown, Louis was furloughed from his job and spent more time at home and online, meaning he became less active than usual. He started to complain about a pain in his leg, which we all took to be muscular. This carried on for a few days and was treated with various exercises, elevation and ice.

Louis collapsed twice in the following weeks. The medical professionals thought it was food poisoning and then a panic attack, but sadly Louis had Thrombosis, which he died from on 3 June. He was just 24.

Nothing will ever bring Louis back or cure the pain we feel, but we have tried to turn our grief into something positive. That’s why we’re so proud to have raised around £4000 for the Youth Sport Trust.

Advocating the importance of movement in young people

Knowing that the Youth Sport Trust are there passionately advocating for the importance of movement in young people means the world to us as a family, especially now we’re in lockdown again. If young people grow up loving sport and physical activity, more lives could be saved from Thrombosis.

We were disappointed to read that children’s levels of activity have fallen throughout lockdown, but are so pleased to see the Youth Sport Trust providing lots of free resources to help young people keep active, whether they’re in school or at home.

We want to give a special shout-out to all the PE teachers out there who are working so tirelessly to encourage young people to keep moving and developing skills that will last them a lifetime. Getting active really helped Louis’s mental wellbeing. Whenever, for whatever reason, he was less active there was a considerable drop in his mood. We know it was important to him to help other young people to be more active, to give them a sense of their own worth and to show them that being active is fun.

Thrombosis is common, but often goes unrecognised. Prolonged periods of inactivity can be a risk factor among many others. To find out more about Thrombosis, see the Thrombosis UK website. We have also started a campaign called StandUpForLouis.org to try to bring awareness of DVT especially, but not exclusively, in young and fit people like Louis. 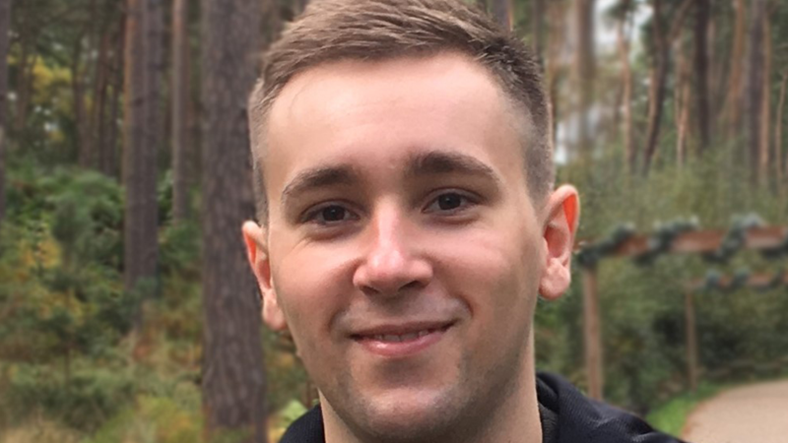