Athletes from across the UK have made friendships for life and felt a sense of belonging at the 2022 School Games National Finals, the UK’s biggest multi-sport event for talented young athletes, between 1 and 4 September.

The four-day event delivered by children’s charity, Youth Sport Trust in partnership with National Governing Bodies of Sport thanks to funding from Sport England through the National Lottery took place at Loughborough University.

The School Games National Finals saw over 1,000 aspiring athletes compete across ten sports, four of which include disability disciplines. The event provides a competition pathway designed to prepare the next generation of Commonwealth Games champions with former alumni including Hannah Cockroft, Katarina Johnson-Thompson and Joe Fraser.

A key pathway for the next generation of UK talent, School Games National Finals alumni secured 100 medals at Birmingham 2022, which would place it third in the medal table if it were a country. The event is the pinnacle of a competition pathway which delivers over 2.5million competitive opportunities for children across schools in the country.

This year witnessed records broken and prospects announced to the world with Michael Jenkins (17) from Pembrokeshire, Wales, securing gold with a staggering 61.19m throw in F38 Discus, which would be a para world-record in a professional setting. It also saw Noah Hanson (16) from Leytonstone, England, achieve gold in the 100m hurdles with the second fastest all-time run in the under-17 category with 12.61 seconds.

Birmingham 2022 Commonwealth Games gold medallists and former School Games National Finals alumni Hannah Cockroft OBE and Nathan Maguire paid the event a visit to give advice to young athletes on how to compete at an elite level in major competitions and shared their experiences of how the School Games National Finals helped them to build friendships and prepare for life alongside sport. 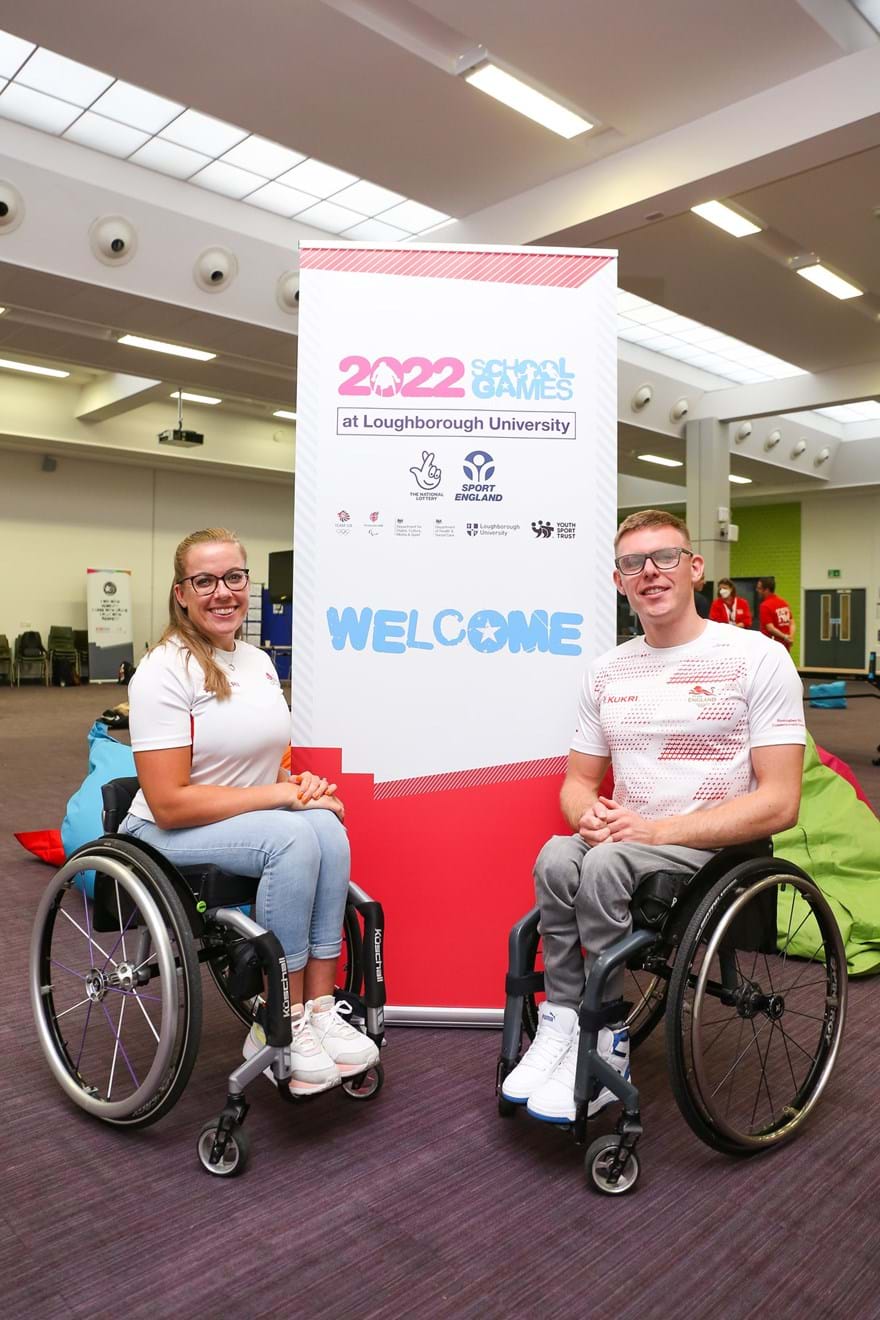 Michael Kapur Esq OBE, Her Majesty’s Lord-Lieutenant of Leicestershire was also in attendance to congratulate athletes during official medal presentations.

The competition provides real-life scenarios through the Athlete Education Programme on how to cope under pressure while being away from home, as well as taking part in mock press conferences and drug testing through UKAD to highlight the importance of competing clean. In the athlete lounge, competitors from multiple regions were offered the chance to try yoga, try fun challenges and meet others who shared their passion.

Joe Fraser, Birmingham 2022 Commonwealth Games gold medallist and School Games National Finals alumni, said: “Competing at the UK School Games was a really important moment in my career. Being able to be a part of a multi-sport environment at such a young age is a fantastic opportunity and the lessons learned have definitely helped shaped me.

“The chance to be around other athletes and support staff was beneficial and the platform the School Games National Finals gives young sportspeople is a brilliant environment to develop and thrive in.”

To find out more about the School Games National Finals, please visit, https://www.schoolgamesfinals.org/. For highlights of the event, you can go to the Youth Sport Trust website and YouTube channel, https://www.youtube.com/YouthSportTrust.